Berezha Security is almost six years old. And during this time, people asked us many times what our logo means or how to correctly pronounce our name. In this post, we shed some light on it.

In the old times, Ukraine was inhabited mostly by Slavic tribes. Before adopting Christianity, they believed in many gods and forces of nature. The roots of those beliefs were embedded into Ukrainian national culture. They are reflected in symbols and things. One such symbol is Berezha (“zh” reads similar to “j” or “s” in the word leisure, /ʒ/ in the International Phonetic Alphabet). Berezha means creation, healing, harmony, and protection. By the way, the need for safety is one of the key values of Ukrainians till nowadays and thus is widely present in our folklore. 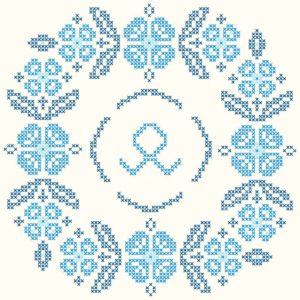 When founding Berezha Security, we decided to build this talisman in both our name and our logo. We are proud to be a top Ukrainian application security service provider and an active contributor to the Ukrainian cybersecurity community. Thus the link between the modern technological world and Ukrainian ethnic culture is very much à propos.

Of course, history has its own ugly sense of humor. The Berezha symbol looks similar (and probably derives from) the Odal rune: a symbol in the pre-Latin alphabet of Germans. And as you might know, runes were widely used in various areas of life, including magic, occultism, and nationalism. It’s no wonder people like this symbol – we do like it ourselves. However, we don’t make any connection to other contexts. Please don’t look for different meanings in our name and logo beyond what we have put into it.

People sometimes ask if we realize that it is not easy to pronounce and understand “Berezha Security”. Well, there are plenty of world-known brands, which are read in the wrong way. It doesn’t make them less successful, though. Time will show if our branding will evolve. However, as of now, you have to solve this puzzle.

Take care, or rather berezhit’sya 🙂